The Black Aboriginal Movement is a civil rights movement in the United States of America.  There has long been a close relationship with Aboriginal Australians as well as the so-called African Americans.

The Black Indigenous People of the Americas

In the United States, the original inhabitants were of brown or copper colored skin. You would find that the color of a large majority of blacks in America have a similar skin tone. This is not a movement steeped in racism. It actually is around land rights, and former native American lands that were taken in the colonization and expansion of growth into the western hemisphere.

This is a video about the black Indian, or black aboriginal movement in the western hemisphere, or rather, the Americas. This comes from a YouTuber named the Autochthonous One, which means, indigenous rather than descended from migrants or colonists. 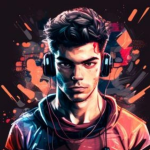 Who Are the Black Hebrew Israelites